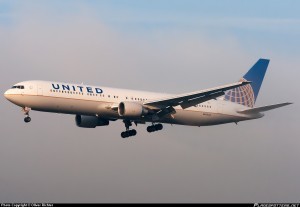 NEW YORK (CBSNewYork) — Nine workers were trapped Wednesday when a hangar at Newark Airport collapsed.
An old United Airlines hangar was in the process of being dismantled when it collapsed at around 1:25 p.m.
The collapse brought out highly trained first responders including the Port Authority’s Aircraft Rescue and Firefighting units, as well as the regional Urban Search and Rescue team, CBS2’s Tony Aiello reported.
It obviously got the attention of people working nearby.
“We just heard a big boom, everyone came outside, started screaming ‘a building collapsed,’” said Darius LaBad.
The unused hangar was being dismantled to make way for aircraft parking.
Suddenly the building collapsed, with the section nearest the runway falling completely to the ground, Aiello reported.
A forklift operator told WCBS 880’s Levon Putney the noise made everyone run outside.
“Like an explosion, man,” he said.
Four of the nine workers were injured — two seriously enough to be transported to University Hospital.
The North Jersey firm Catco Demolition was doing the work. It’s an experienced contractor that features a section on its website promoting various safety initiatives, Aiello reported.
A spokeswoman for Catco had no comment other than to say the cause of the collapse is under investigation, Aiello reported.
CBS New York