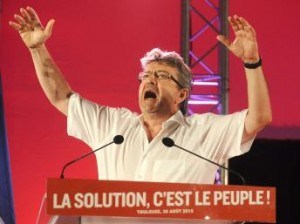 Five Air France workers, arrested following last week’s violent clashes, remained in police custody on Tuesday, despite numerous calls for their release. Far-left leader Jean-Luc Melenchon has hit out at their detention describing it as “shameful.”
Hours after the five Air France employees were arrested; their friends and colleagues staged a solidarity demonstration almost immediately, to show their support.
Many are baffled by the treatment being meted out to the five, who are all members of the CGT labour union.
They were protesting last week, along with hundreds of others, against imminent job cuts, before two bosses had their shirts ripped off, and were sent running for dear life.
Seven people were hurt in the attack, including a security guard who was knocked unconscious and required hospital treatment.
Although 38% of French people condemn the violence, 54% say they understand the workers’ anger.
Interviewed by French channel BFM TV, far-left leader Jean-Luc Melenchon was categorical: “What is a shirt, when you have whole lives being ripped apart!” he challenged.
“These workers should not be in custody. What have they done wrong? They are not drug traffickers, and yet they’re being treated like criminals!” said Melenchon scathingly, in response to French Prime minister Manuel Valls’ previous label of “thugs”.
The government has threatened those responsible for the violent protest with heavy sanctions, meanwhile the main Opposition party, the Republicans, told RFI that the violence presented an “appalling image of France abroad.”
Regardless, Melenchon has called on the government to free all five workers. A sixth employee was released on Monday, after failing to appear on CCTV surveillance cameras.
“I propose to go to prison in their place.” Melenchon boldly announced. “These workers risk up to five years in jail and a 45.000 euro fine. It’s an embarrassment for a government that calls itself Socialist!”
The violence at Air France has shocked the world, but what’s more shocking for French people is the sympathy shown to the company’s bosses, when it’s potentially 3.000 members of staff that could get the axe.
French and Belgian writer Eric Emmanuel Schmitt phrases this quite accurately, in reciting a quote by novellist Marcel Proust: “The indifference shown to the suffering of workers is the worst form of cruelty possible.”
Schmitt marvels at the lack of media attention accorded to the plight of the striking workers. “These men and women, pushed to financial brink, who stand to lose their jobs because managers are indifferent to anything that doesn’t involve making money,” he says sadly.
In a country, where the spirit of rebellion and injustice fired up the masses and took off the heads of profiteers, indifference to suffering- illusory or no – will not sit idly.
rfi 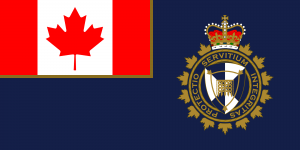 Customs agents who work at Trudeau International Airport protested during their lunch hour on Thursday.
Dozens of employees held picket signs as they marched around the International Arrivals section of the airport.
They say they are concerned about how cuts to manpower, and the replacement of border agents with machines, will affect national security.
Jean-Pierre Fortin, the national president of the Customs and Immigrations Unions, said reducing the number of agents will make it more likely that individuals who are normally turned away will be permitted into the country.
“People will be cleared, talking on a phone to a person out in Ontario, in Hamilton to be precise, and he will make the determination if this person should be coming in this country. It’s not acceptable,” said Fortin.
Union members say they also anticipate there will be fewer seizures of drugs, counterfeit money and other items.
The federal government introduced Automated Border Clearance machines at three airports in Canada in 2013, and border agents say depending on a machine to replace a human will be dangerous.
Border agents have been without a contract since 2011.
CTV News