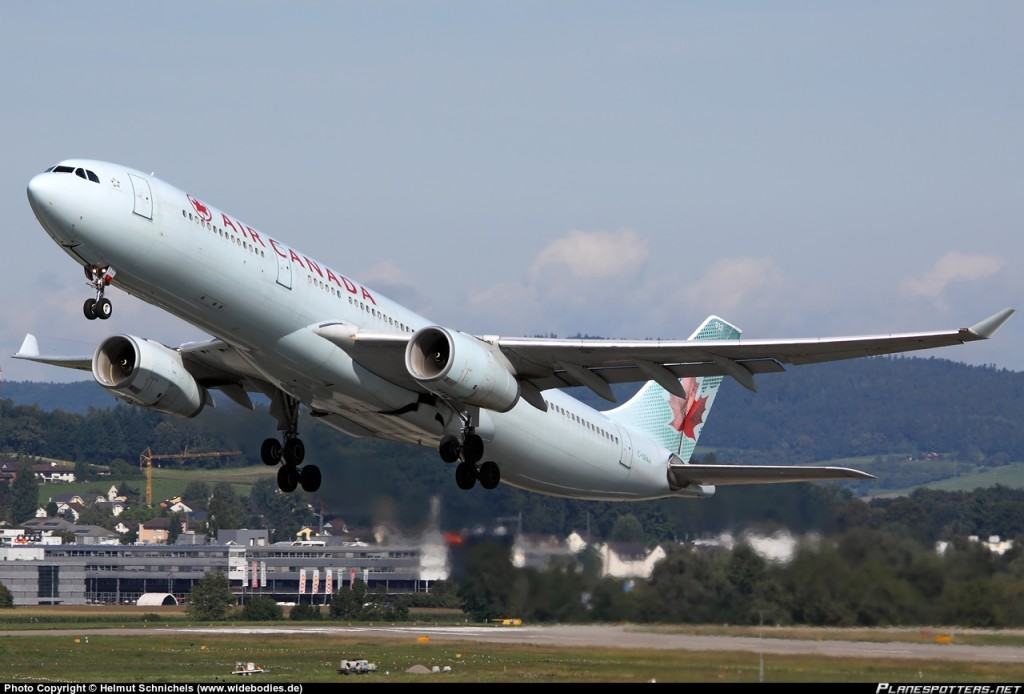 Air Canada is reporting $437 million of net income and $734 million or $2.50 per share of adjusted net income for the third quarter.
The adjusted profit was up from $457 million last year, and 29 cents per share above analyst estimates.
The company says it benefited from the lower price of fuel, which reduced costs.
The weaker Canadian dollar was good and bad news for the airline: it drove up costs of things priced in U.S. dollars, but it drove up passenger revenues, most of which are priced in Canadian dollars.
Passenger revenue was up 6.9 per cent to $3.7 billion.
CBC News