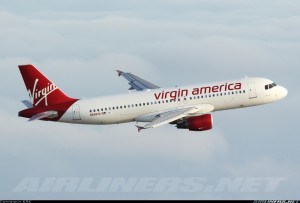 You’ll soon have a few more flight options at Hawaii’s airports.
Hawaii Tourism Authority announced Thursday that three new airlines are coming to Hawaii, two of which are low cost.
Virgin America will have two new routes from San Francisco, one to Honolulu that launches in November and the other to Maui, which is slated for December.
AirAsia X is a low-cost affiliate carrier of the AirAsia Group. It will fly from Kuala Lumpur, Malaysia, to Japan to Honolulu.
Lastly, Jin Air will fly to Honolulu from Seoul, South Korea. The airline is a wholly owned subsidiary of Korean Air.
Tourism officials say the additions will not only give Hawaii travelers new options, but will also bring in new visitors.
“They’re coming to Hawaii which is a good thing, because that will help with bringing visitors to Hawaii that couldn’t afford to come before. The competition is good as well,” said Randy Baldemor, COO, Hawaii Tourism Authority. “It’s going to bring thousands and thousands of seats into Honolulu and also from a different vantage point. They’re low-cost carriers so the cost of the seats is actually going to be lower than travelers may see now.”
The new carriers will be established by the end of the year, according to officials.
“There’s always a period of time when a new carrier comes into Hawaii and will do promotional fares. So if one can catch those fares when they’re just trying to get going, that’s certainly a good thing for local people,” said aviation expert Peter Forman.
KHON2 wanted to learn about the new airlines coming to Hawaii.
Aviation expert Peter Forman says while base fares may be low, low-cost airlines charge for so-called add-ons.
For example, if you want to choose your seat to sit together with your family and friends, or if you want a pillow and blanket.
“If low-cost airlines can establish themselves, Hawaii can turn out to be a lucrative long-term market for them,” Forman said.
Could there be price wars?
“Maybe in November, or the odd time of the year, you could see some lowering of fares to match the introductory fares, we’ll have to see,” said Forman.
As for the long-run, “I think what you’re going to find is that it’s hard for a new entrant to really drive prices down much because the existing carriers are already flying big airplanes, and they’re offering very efficient travel, so there isn’t really a lot of margin to cut,” he said.
KHON 2