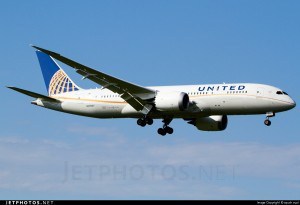 A United Airlines co-pilot lost consciousness mid-flight this morning, officials said, one day after an American Airlines pilot died mid-flight.
The plane, which was en route from Houston to San Francisco, was diverted to the Albuquerque International Sunport, where it landed safely at 8:20 a.m, airport spokesman Daniel Jiron said.
The co-pilot was unconscious but stable, Jiron said.
United Airlines told ABC News that Flight 1614 was diverted when a crew member became ill.
“The crew followed procedures and the aircraft landed safely,” the airline added. “We are working to get our customers to their final destinations.”
The incident comes just one day after an American Airlines pilot died mid-flight after experiencing a medical emergency, according to American Airlines.
ABC News