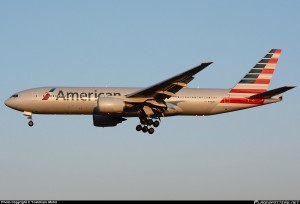 An American Airlines Boeing 777-200, registration N786AN performing flight AA-954 (dep Sep 22nd) from Buenos Aires,BA (Argentina) to New York JFK,NY (USA), was enroute at FL410 about 210nm eastnortheast of Orlando,FL (USA) when the crew reported a burning electrical odour in the cockpit followed by haze/light smoke. The crew decided to divert to Orlando where the aircraft landed safely about 40 minutes later. The aircraft was checked by emergency services before taxiing to the apron.
A replacement Boeing 777-200 registration N787AL reached New York with a delay of 8 hours.
Maintenance identified a seized equipment cooling fan as cause of the odour and haze.
The Aviation Herald 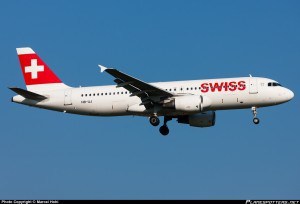 A Swiss Global Airlines Airbus A320-200, registration HB-IJJ performing flight LX-2027 from Madrid,SP (Spain) to Zurich (Switzerland), was enroute when the crew donned their oxygen masks reporting a pungent smell in the cockpit. The crew subsequently advised that no assistance was needed, removed the oxygen masks and continued to Zurich for a safe landing on runway 14.
The occurrence aircraft remained on the ground in Zurich for about 37 hours before resuming service in the morning of Aug 27th.
The Aviation Herald