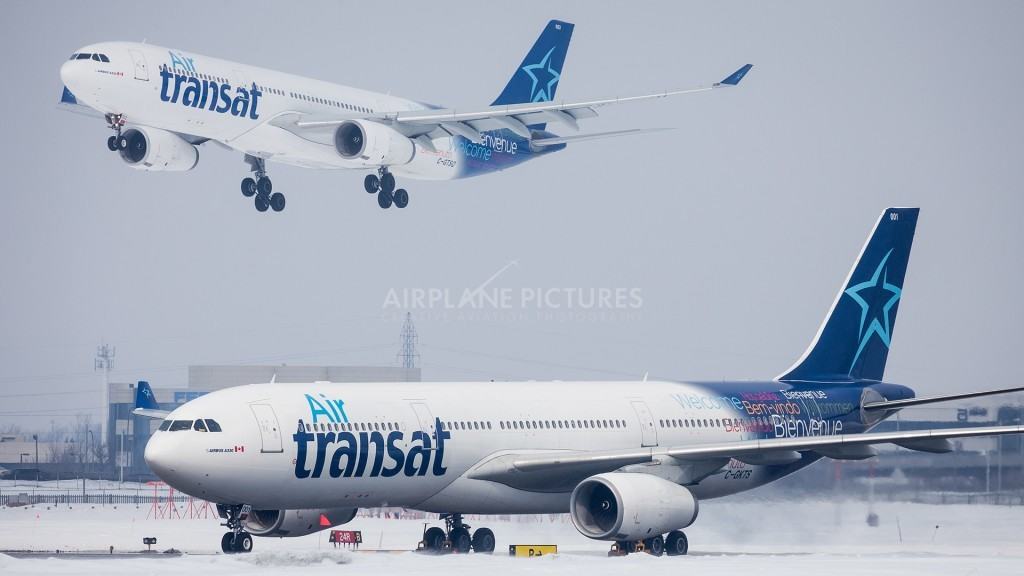 Canadian leisure airline Air Transat will launch one weekly seasonal flights between Toronto and Zagreb next summer season, commencing on June 14, 2016. The news comes just several days after SkyGreece Airlines suspended the same route following financial problems. The Canadian airline will operate flights to the Croatian capital with a 345-seat Airbus A330-200 aircraft. Debbie Cabana, Air Transat’s Marketing Director, told EX-YU Aviation News that the airline will officially announce its new service to Zagreb in the coming days when it will put tickets on sale through its website. However, tickets can already be purchased through other booking engines. Air Transat’s Toronto – Zagreb service will have a similar schedule to that of SkyGreece and will operate on the same days, departing Canada’s largest city each Tuesday and performing its return service on Wednesday.
Air Transat is Canada’s leading leisure airline. It carries some three million passengers annually to nearly sixty destinations in thirty countries aboard its fleet of Boeing narrow-body and Airbus wide-body jets. The company employs some 2.000 people. Air Transat is a business unit of Transat A.T., an integrated international tour operator with more than sixty destinations in over fifty countries. Air Transat was named the Best North American Leisure Airline at the annual Skytrax World Airline Awards, held in June 2015, for a fourth year in a row. A holiday travel specialist, Transat operates mainly in Canada and Europe, as well as in the Caribbean, Mexico and the Mediterranean Basin.
Air Transat’s A330-200 jet, which will be used on services to Zagreb, features a two cabin layout, with twelve seats in business class (Club Class) and a further 333 in economy. The airline rolled out a new interior in 2012, offering a 2-2-2 layout in Club Class and 3-3-3 seating in economy. Furthermore, all seats feature personal entertainment systems with a selection of movies, TV programs and music, as well as in-built USB ports for recharging tablets, cell phones and other devices and additional ports in Club Class for recharging laptops. In January, Zagreb Airport said it was in discussion with two airlines to launch flights from Toronto. In 2014 some 80.000 Canadians holidayed in Croatia, an increase of 19% compared to the year before. It is expected Air Transat’s new service will be used by both holidaymakers and those visiting family and friends in Croatia and vice versa.
EX-YU Aviation News
Photo © Jan Jasinski