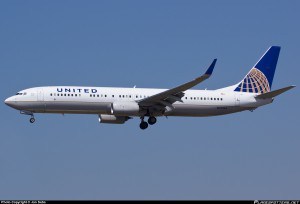 Perhaps the only thing worse than actually having to use a barf bag on a flight is finding out that someone else used it before you got to your seat… and it’s still sitting in the seat-back pocket. What’s a totally grossed out passenger to do? One couple turned to the media after a recent United Airlines flight that found them dealing with another traveler’s leftovers.
A couple on their anniversary trip to Hawaii said they found a full barf bag in a blanket in the seat-back pocket in front of them, reports CBS Sacramento, and naturally, they weren’t pleased to have to deal with someone’s bodily fluids.
The woman said when she handed the bag over to a United Airlines flight attendant, the contents spilled on both her and her husband’s clothes. Though the attendant offered them new seats, it was too late, she says — the smell was already on their clothes and they had to endure it for the rest of the flight.
“Smelling that smell on us and around us was just totally, totally disgusting,” she recalls.
After the couple hit a few brick walls when reporting the issue to United, they turned to Call Kurtis, who was able to get them a $300 credit toward a future flight. A company rep apologized, admitting that “our cleaners apparently failed to clean all of the seat-back pockets.”
That flight credit might go unused, however.
“I’ve lost a lot of faith and trust with the airline,” the woman said.
Consumerist