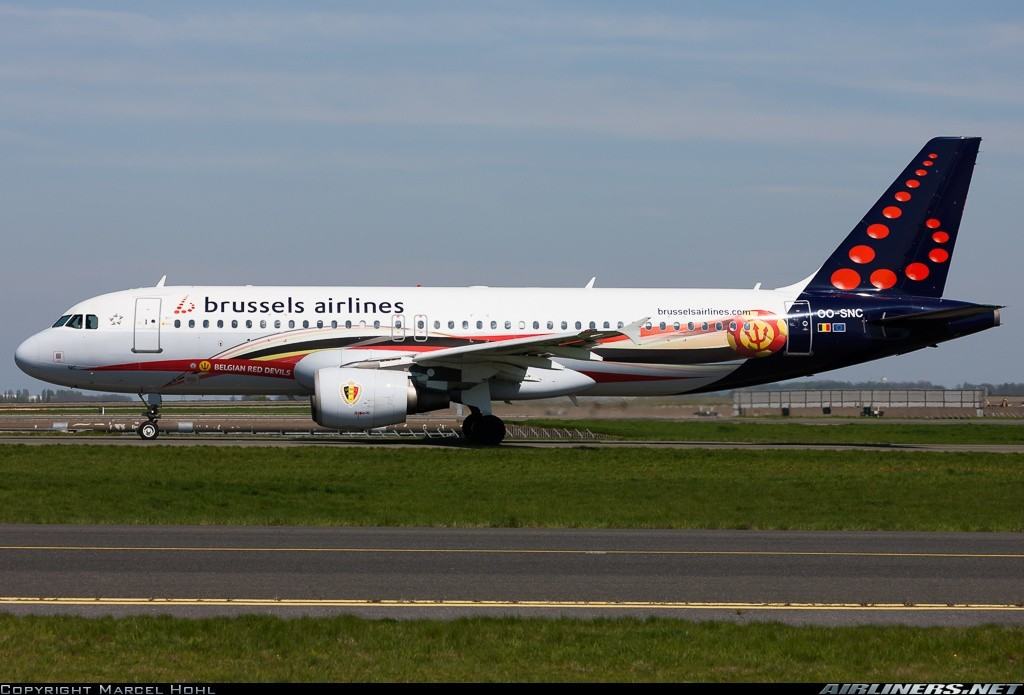 A Brussels Airlines Airbus A320-200, registration OO-SNC performing flight SN-3126 from Bologna (Italy) to Brussels (Belgium), was accelerating for takeoff from Bologna’s runway 12 when the crew rejected takeoff at low speed after the right hand engine (CFM56) emitted a loud bang. The aircraft slowed safely, vacated the runway about 500 meters/1650 feet down the runway and returned to the apron.
The flight was cancelled.
A passenger tweeted for help stating his flight of Sep 5th had been cancelled, the rebooked flight SN-3126 was cancelled, too, and the passenger is still in Bologna on Sep 7th.
Another passenger reported the captain announced an engine failure.
On Sep 12th 2015 The Aviation Herald received information, that the right hand engine stalled while accelerating through about 70% N1. The engine needed to be replaced due to turbine damage. Following the engine change the aircraft ferried back to Brussels on Sep 9th and resumed service on Sep 10th.
The Aviation Herald