Qantas CEO Alan Joyce has described the airlines’ forthcoming Boeing 787-9 as being blessed with “a very luxurious configuration” to match the very long-range routes which the Dreamliner will fly.
Those non-stop routes could include Sydney-Chicago, Melbourne-Dallas, Brisbane-Dallas and even Perth-London, Joyce said, after the first of the red-tailed Boeings join the Qantas fleet from late 2017.
“They’re all on the list and it depends on the support we get from the various governments to what network we actually settle on” Joyce told media on the sidelines of the International Air Transport Association (IATA) conference in Dublin this week.
“We’re just starting to have a dialog with the airports.”
So what will Qantas’ long-legged Boeing 787 look like on the inside?
“You’ll see a very luxurious configuration, and it’s there for the distances that were flying” Joyce expanded.
“There will be a big business class and a big premium economy cabin”, and while the economy seats will be nine-across in a 3-3-3 arrangement, Joyce promises “we will be giving some very good seat pitch for economy seats given the the lengths we’ll be flying.”
A premium Dreamliner
According to one internal Qantas Boeing 787-9 configuration plan sighted by Australian Business Traveller the Dreamliners could see 42 seats in business class, 28 in premium economy and just 165 in economy.
That total of 235 seats is definitely on the comfortable side when compared to other airlines and supports claims of generous leg room in economy rather than a standard and squeezy 31 inches of Qantas’ Airbus A380s as well as the Boeing 747s which the Dreamliner will replace.
Gareth Evans – chief of Qantas’ international arm – describes the layout as being “a premium configuration” which also has implications for other parts of the plane’s design.
For example, the kitchen galleys have to support serving the more extensive food and drink menus to a relatively large number of premium customers “to have the level of catering needed for long-haul sectors” Evans explains.
“So we’re making sure the aircraft is being configured and capable of flying those very long haul roues. For example, Melbourne-Dallas is actually 20 nautical miles longer than Perth-London.”
Design decisions
Evans says that Qantas is now finalising “the product specification and exact seating arrangement” for the Boeing 787, and working with Irish seat manufacturer Thompson Aero “on a number of the products for this aircraft.”
Thompson created the airline’s highly-regarded Airbus A330 Business Suite (below) and will be refining the design for the Qantas Dreamliners based on customer feedback since the seat debuted in early 2015.
However, the routes to be flown by the next-gen jet likely won’t be revealed until shortly before the first of the red-tailed Dreamliners arrives in late 2017.
Qantas’ initial order is for eight of the long-range Boeing 787-9s, with 15 purchase options and 30 purchase rights up its sleeve.
Four of the fuel-efficient jetliners will be delivered in the 2017-2018 financial year and four more from 2018-2019.
The Dreamliners will replace five Boeing 747s and also be used to launch new international destinations.
“We’ve held onto a couple of Boeing 747s a little longer than in the original plan because we’ve got opportunities out there” Evans says, “and some of that 747 fleet will be retired with arrival of the 787s.”
“But there are also opportunities for growth out there, so we’re working through exactly what the network will look like.”
Australian Business Traveller 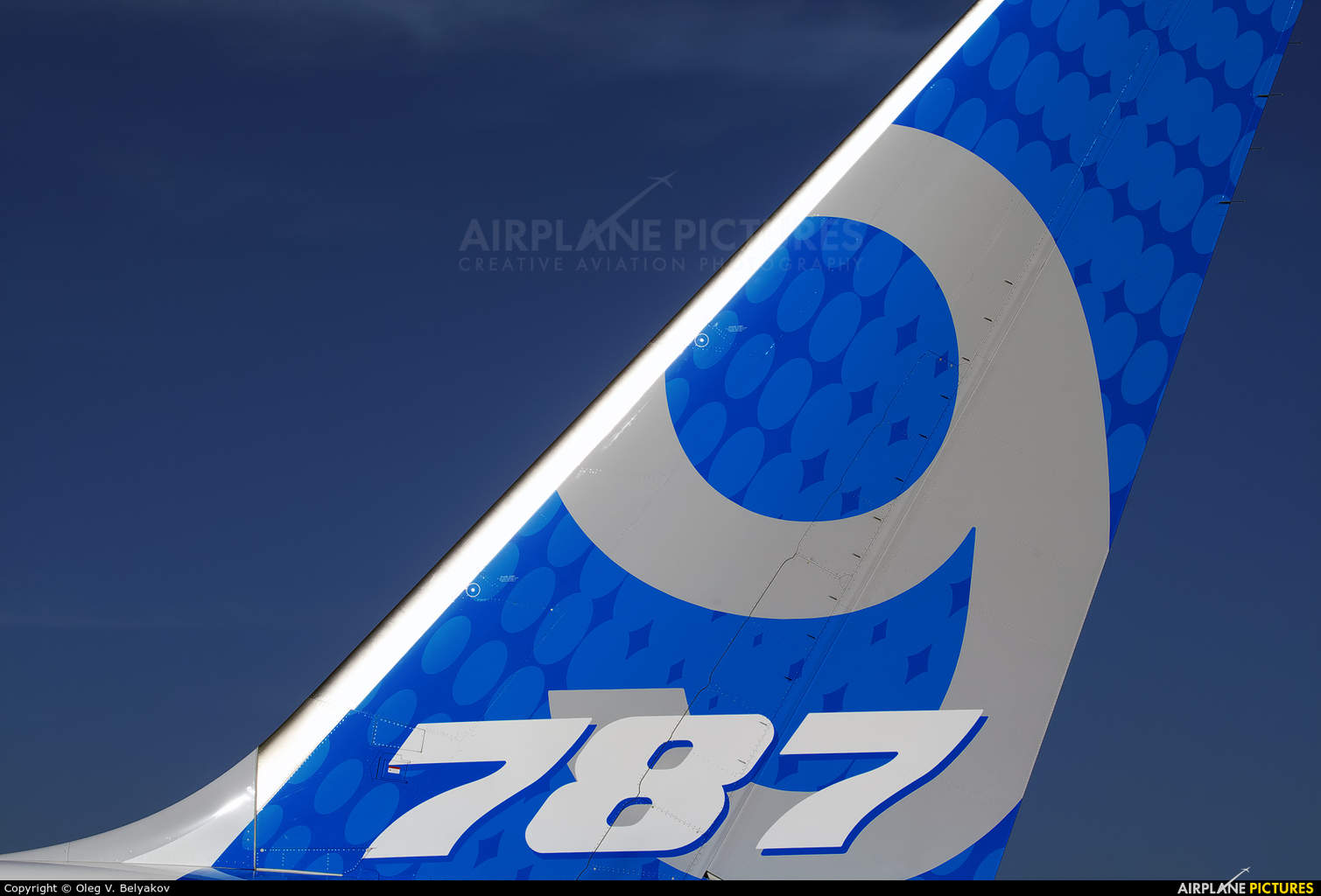 TALKING POINT | Is this the seat which could make a 15 hour flight in economy actually bearable?
The radically-designed staggered seat is called the Cozy Suite, it comes from the seat design gurus at Ireland’s Thompson Aero – and it just might be the economy seat you’ll see on the Qantas’ long-range Boeing 787 Dreamliners.
Let us repeat: it might be. And it very well might not be.
This is pure speculation, centred around a novel interesting seat design and Qantas’ plans for its Boeing 787s.
We already know that Thompson is crafting the pointy end of the red-tailed Dreamliners ahead of their first flights in late 2017: flights which could include non-stop 15+ hour routes such as Sydney to Chicago, Melbourne to Dallas and even Perth to London.
Those business class seats will be a refinement of the same highly-regarded Business Suite (below) which Thompson and designer Marc Newson created for Qantas’ Airbus A330 fleet.
However, speaking on the sidelines of the International Air Transport Association (IATA) conference in Dublin this week, Qantas International CEO Gareth Evans said that the airline was working with Thompson Aero “on a number of the products” (italics ours) for the Boeing 787.
Qantas Group CEO Alan Joyce added that the Dreamliner would have “a very luxurious configuration, and it’s there for the distances that were flying” – and while the economy seats will be nine-across, in a 3-3-3 arrangement, “we will be giving some very good seat pitch for economy seats given the the lengths we’ll be flying.”
Get cosy in your own cocoon
Now consider that Thompson Aero currently lists only two core products: the Vantage business class family (from which the Vantage XL-based Qantas A330 Business Suite was drawn) and the Cozy Suite, which the firm list as “bringing comfort and space to economy and premium economy cabins.”
So yes, the Cozy Suite could also be Qantas’ choice for the Boeing 787s’ premium economy cabin, leaving travellers down the back of the bus with a more conventional seat simply spaced further apart for added legroom.
(Thompson could also be beavering away on an all-new economy seat design; the company has form in innovation, as both the Vantage and Cosy designs can attest.)
This is all speculation, of course – but either way, the Cozy Suite is ideal for those long, long non-stop flights which Qantas has in mind.
The unique staggered layout gives each passenger more personal space: as Thompson puts it, “no more clashing of elbows or shoulders, no fighting for ownership of a shared armrest.”
This writer has sat in an early version of the Cozy Suite during an aircraft seating expo some years back (the Cozy Suite has been on the market for some time but hasn’t yet snared a customer) and found it created a pleasingly personal cocoon.
They can enjoy the full 20 inch width of the seat, and there’s also easier access to the aisle – even though the seat can deliver the revenue-friendly 3-3-3 layout which airlines desire,
Interestingly, the seat itself doesn’t recline – each set is mounted in its own ‘shell’ which remains in place, so there’s never anybody leaning back into ‘your’ space.
To go from bolt upright into a lazier inflight position, the seat’s bottom or pan nudged forward: it’s a concept which other airlines have used in the past to varied effect, and it all comes down to how well the seat as a whole can provide sufficient cradling of your lower back and lumbar support in ‘recline’ mode.
Qantas will reveal its final seating choices and layout for the Boeing 787 later this year, ahead of the assembly of the first Qantas Dreamliner and its arrival into Australia towards the end of 2017.
Once again, this is speculation – we’re not privy to any ‘inside information’, and we’re the first to admit we could be wrong – but if you had to fly economy, is this a seat which you’d think would make a long Boeing 787 flight better? And what would you expect from an economy seat on a 16 hour flight?
Australian Business Traveller