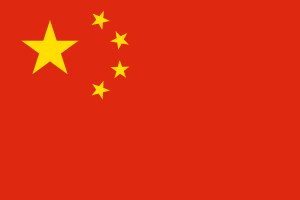 China is considering combining some operations of the nation’s three biggest airlines as part of a broad reform of its state-owned enterprises, people familiar with the plans said.
A plan to merge the cargo operations of Air China Ltd., China Southern Airlines Co. and China Eastern Airlines Corp. has been circulated among regulators for their opinions, said the people, who asked not to be named as the discussions are private. Other options include combining the passenger business of some or all of the three state-owned airlines, or completely combining at least two of the Big Three, the people said. All options are still under discussion and no decision has been made, the people said.
Mergers in the airline industry would follow similar moves in other sectors. Earlier this year China combined its two biggest railway manufacturers to set up an entity that can compete with General Electric Co. and Alstom SA for international orders. Consolidations also are being prepared in the shipping and aerospace sectors, people familiar with the matter have said.
Shares of China Eastern and China Southern extended the day’s gains after the Bloomberg story. China Southern rose 11 percent to close at HK$6.73 in Hong Kong, while China Eastern gained 5 percent to HK$5.04. Air China shares closed up 7.8 percent at HK$7.34.
Thousand Planes
China Southern is already Asia’s biggest airline by passengers and fleet size. Beijing-based Air China is the country’s flagship carrier, while China Eastern dominates the financial hub of Shanghai.
Combining the three would create Asia’s only airline with more than 1,000 planes, lagging behind only the three big U.S. carriers. The three Chinese airlines have expanded along with the world’s fastest growing aviation market, and a combination would give them a virtual monopoly in what is set to become the world’s biggest air travel market within the next two decades.
Calls and emails seeking comment from the three airlines, and calls to the civil aviation administration, were not immediately returned.
The official Xinhua News Agency reported in June that China was looking to merge the Big Three’s cargo operations. The civil aviation administration said at the time that it hadn’t released any news on the matter.
WCARN.com