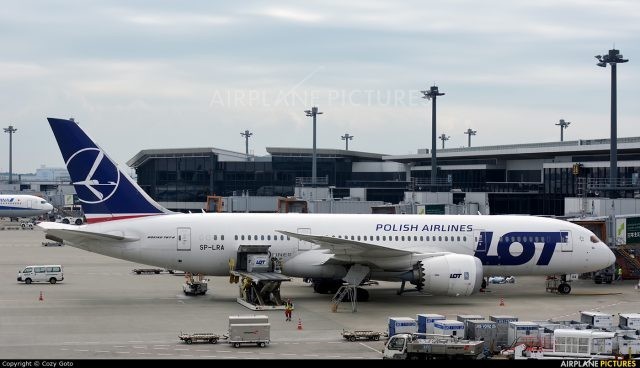 LOT Polish Airlines will lease three Boeing 787-9s from US-based Aviation Capital Group to further develop its long-haul fleet. The Polish flag carrier will take delivery of the first aircraft in March 2018, which will be used on trunk routes from Warsaw to New York JFK and Chicago O’Hare.
The 294-passenger 787-9s—LOT’s largest aircraft—will be configured for three classes, featuring 24 seats in business, 21 in premium and 249 in economy class. The new aircraft will be powered by Rolls-Royce Trent 1000 engines.
Four years ago, LOT became the first airline in Europe to operate 787s; it currently operates six 787-8s and expects to take delivery of another two in July and August.
LOT said in comparison to the -8, the -9 offers more capacity and lower per-seat operating costs.
“With the 787-9, we will open a new chapter in our history. This aircraft will give us an opportunity to significantly increase the capacity on our existing, most popular routes, in addition to opening new ones,” LOT CEO Rafal Milczarski said in a statement.
“At first the 787-9 will operate to destinations in the US; however, we hope that soon we will see them flying to Asia as well,” he added.
LOT’s Dreamliners are used on long-haul routes to New York, Chicago, Toronto, Beijing, Seoul and Tokyo. In April, LOT will launch flights from Warsaw to Los Angeles and New York Newark. From August, it plans to operate Krakow-Chicago 787 service.
In September 2016, LOT announced plans to more than double the number of passengers it carries annually from 4.3 million in 2015 to 10 million by 2020. That growth, it said, will be achieved via a combination of short-haul expansion in Central and Eastern Europe, long-haul expansion to the US and Asia, and a growing number of transfer passengers at its Warsaw hub. The plan also included growing its Boeing 787 fleet from six to 17 by 2020.
ATW – Air Transport World