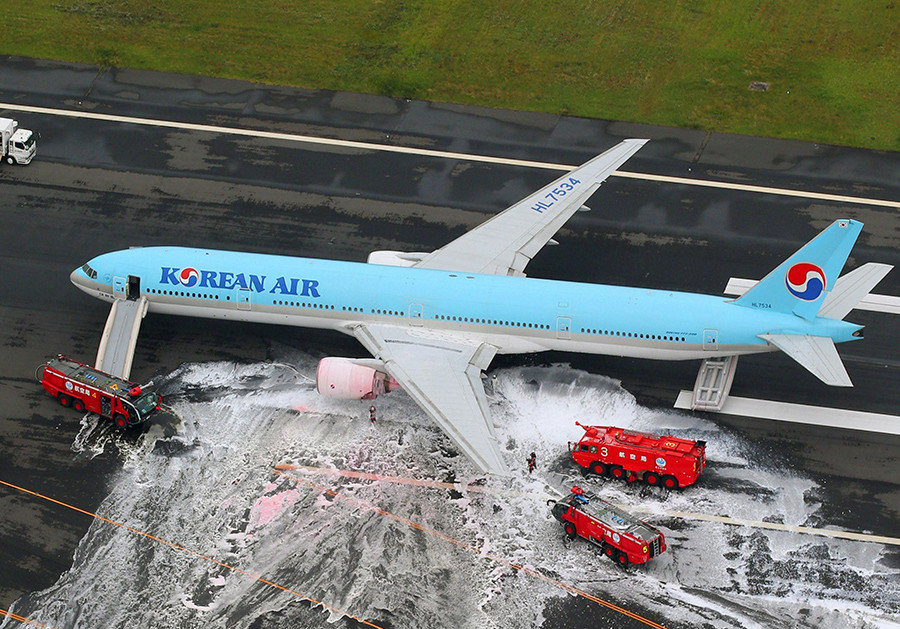 A dramatic rescue has taken place on a runway at Tokyo’s Haneda Airport after one of KoreanAir Boeing’s engines caught fire just before taking off.
Social media has been flooded with photos and videos showing the plane being sprayed with foam by fire trucks and crowds of passengers gathered next to the runway.
The incident took place as Flight 2708 was preparing to head to Seoul. At least two fire trucks arrived to battle the flames, Japanese television reported. It also showed emergency chutes and the plane surrounded by white foam.
All 302 passengers and 17 crew members were safely evacuated from the jet.
According to Kyosuke Okada, a government official assigned to Haneda, the cause of the incident is as yet unknown.
RT News 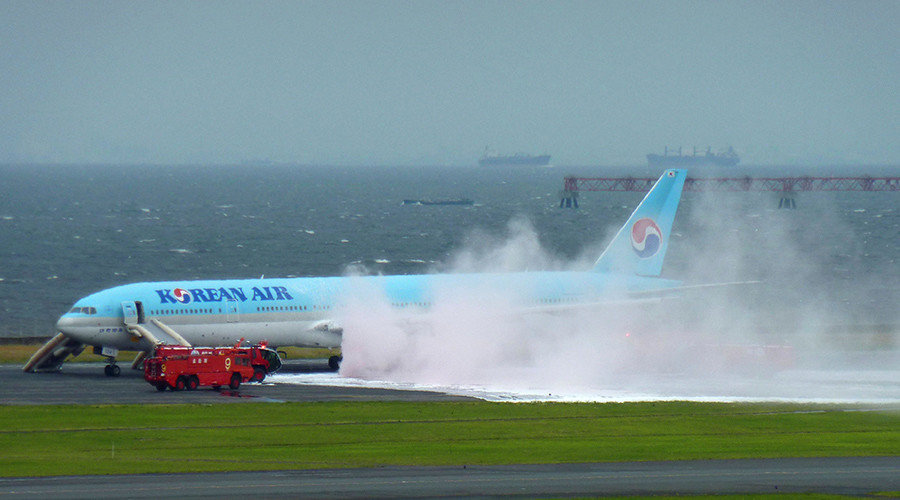 A Boeing 777-300 operated by Korean Air was evacuated via slides after flames were detected in one of the jet’s Pratt & Whitney PW4090 engines.
The aircraft was taxiing at Tokyo Haneda International airport, and was operating flight KE2708 to Seoul Gimpo when the incident occurred.
“The plane was taxiing for take-off when flame was detected from engine No.1,” says Korean Air. “The take-off was immediately cancelled.”
All 302 passengers and 18 crew were evacuated using the aircraft’s slides.
Media footage shows the aircraft resting on the taxiway with slides deployed, while emergency vehicles sprayed foam over its left wing.
The footage of the aircraft indicates that its registration is HL7534. Flightglobal’s fleets Analyzer indicates that the aircraft was delivered to Korean Air in December 1999 and is owned by the carrier.
Flightglobal 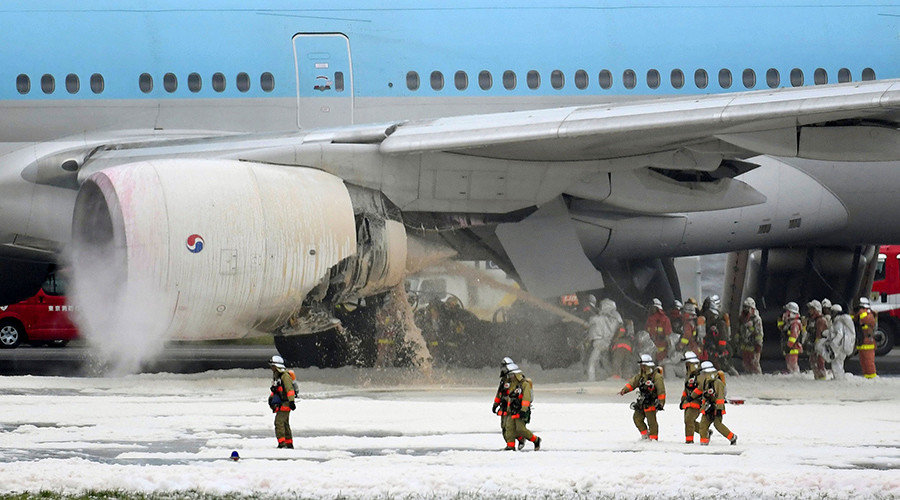 Korean Air Lines evacuated 319 passengers and crew from an aircraft preparing to take off from Japan’s Haneda Airport in Tokyo after smoke came from its left engine.
The incident prompted authorities to temporarily close down Japan’s busiest aviation hub.
Images broadcast by NHK showed the Boeing 777 on a runway being sprayed with foam by fire trucks, with four of its emergency slides deployed. The aircraft, which was due to fly to Seoul in South Korea, is powered by two Pratt & Whitney PW4000 engines.
No injuries were reported, although around 30 passengers said they felt unwell, the state-owned broadcaster said.
Haneda Airport, located on Tokyo Bay, handles around 550 flights a day with around 75 million passengers passing through the hub last year, making it one of the world’s busiest airport.
Reuters