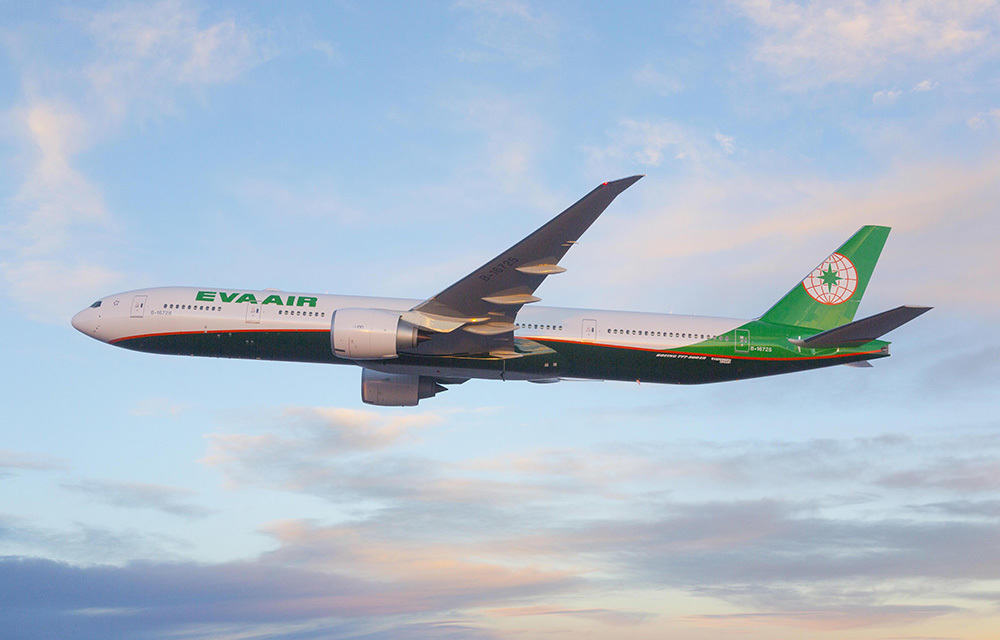 Taipei, Nov. 24 (CNA) EVA Airways, one of Taiwan’s leading international carriers, finalized its orders of 26 widebody jets on Tuesday with Boeing, which is Taiwan’s largest ever commercial airplane purchase.
The deal includes 18 787-10 Dreamliners with purchase rights for six more, and two 777-300ERs, according to the U.S. aviation giant.
Through the purchase, valued at more than US$6 billion at current list prices, EVA Air also became the first Taiwanese carrier to introduce the 787-10 Dreamliner and will be one of the first airlines in the world to launch the popular member of the Dreamliner Family.
The 787-10 Dreamliner features 20 percent greater fuel efficiency and facilities that create better customer experiences, said EVA President Austin Cheng (鄭傳義) during a signing ceremony in Taipei.
EVA Air Chairman Chang Kuo-wei (張國煒) added that the company considers the Boeing 787 Dreamliner a more competitive model compared with its direct rival, the Airbus A350.
“The new model will greatly improve comfort in the cabin, thanks to better control in air pressure, humidity and oxygen content,” Chang said, stressing that the features will benefit its flight attendants as well.
Boeing said it hopes the 787-10 Dreamliners will allow EVA Air to expand into new markets, particularly in Southeast Asia, Oceania and North America.
“Boeing is proud to continue playing an integral role in revolutionizing Taiwan’s aviation history as EVA becomes one of the first customers around the world to operate the 787-10,” said Boeing President and CEO Ray Conner.
EVA now operates 22 Boeing 300ERs, the main force of its fleet, which is expected to grow to more than 100 units by 2020, according to the carrier.
The Boeing 787-10 Dreamliners on order will be delivered starting in 2018, it said.
Focus Taiwan