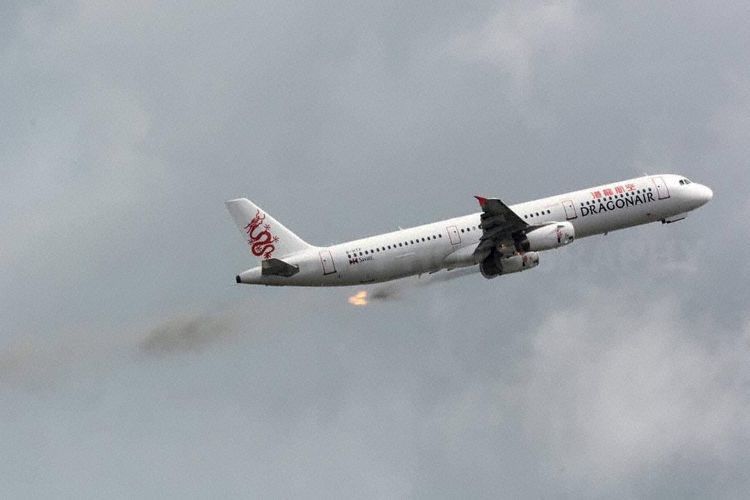 A Dragon Air Airbus A321-200, registration B-HTF performing flight KA-212 from Hong Kong (China) to Phuket (Thailand), was climbing out of Hong Kong’s runway 07L when the crew upon contacting departure declared PAN reporting the left engine was “on fire”. The crew stopped the climb at 3000 feet but then decided to climb the aircraft to 7000 feet and enter a hold to burn off fuel before positioning for the landing back on Hong Kong’s runway 07L about 40 minutes after departure.
A replacement A321-200 registration B-HTD reached Phuket with a delay of 4 hours.
The airline reported there was no engine fire. The engine’s EGT had been higher than normal prompting the crew to return to Hong Kong.
The Aviation Herald