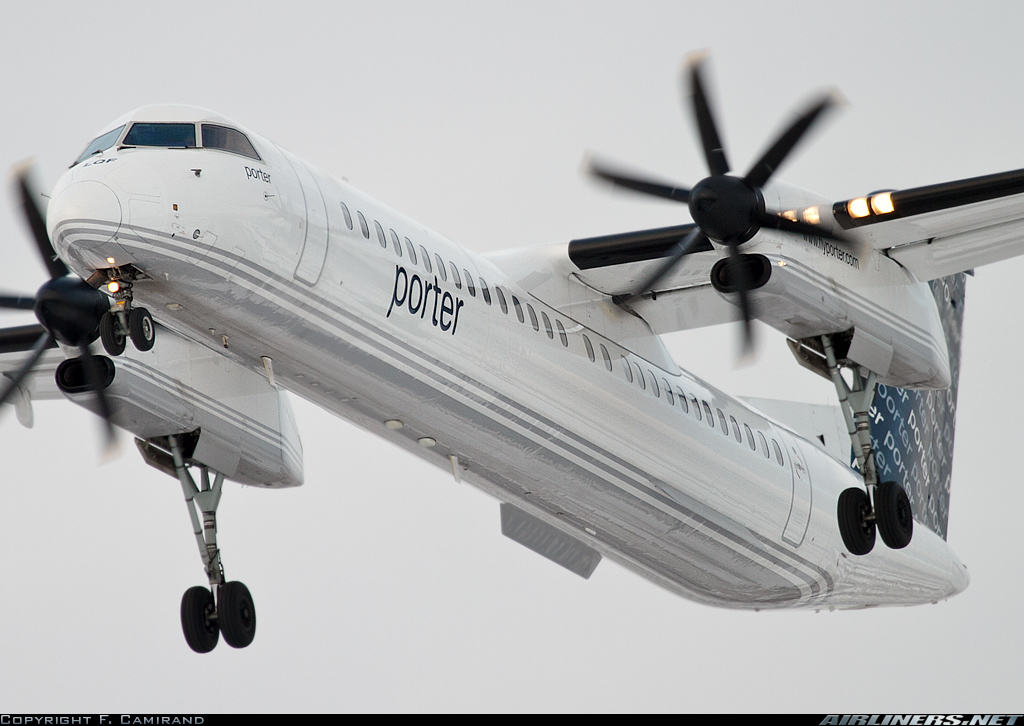 A Porter Airlines de Havilland Dash 8-400, registration C-GLQF performing flight PD-720 from Washington Dulles,DC (USA) to Toronto City,ON (Canada) with 61 people on board, was descending towards Toronto’s Billy Bishop City Airport when the aircraft encountered turbulence causing two flight attendants and a passenger to receive minor injuries. The aircraft continued for a safe landing on City Airport’s runway 26.
The airline confirmed the aircraft encountered turbulence prior to landing at Billy Bishop Airport. Two flight attendants received minor injuries and were taken to a hospital, a passenger also received a minor scrape and was treated at the airport.
The Canadian TSB is monitoring the occurrence and collecting data to decide whether an investigation is going to be opened.
On Jul 26th 2016 the Canadian TSB reported that the aircraft was descending through 8500 feet on autopilot when the aircraft encountered severe turbulence, the autopilot disconnected. After the crew regained control, the autopilot was re-connected. The flight crew was notified that both cabin crew had received minor injuries in the turbulence encounter, they were still preparing the cabin for arrival and had not been seated. The crew declared emergency and continued for a safe landing, the two flight attendants were taken to a hospital for observation and discharged. The flight data recorder was downloaded and revealed that the vertical accelerations encountered during the turbulence exceeded acceptable load limits. A severe turbulence inspection did not reveal any damage, the aircraft was returned to service. The occurrence is not going to be investigated.
The Aviation Herald