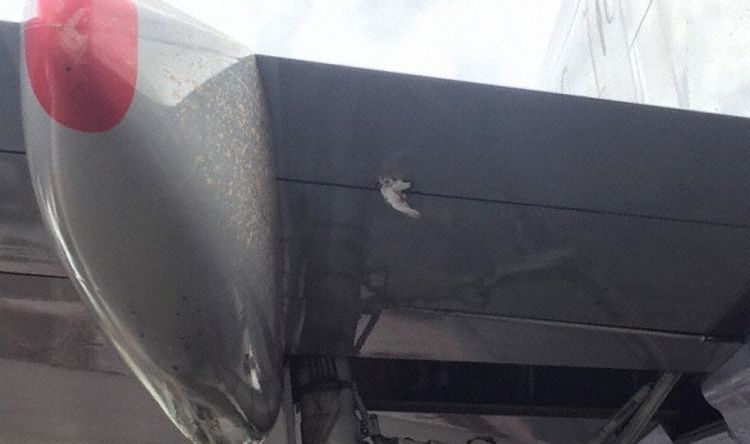 A China Airlines Boeing 747-400, registration B-18210 performing flight CI-701 from Taipei (Taiwan) to Manila (Philippines), was on final approach to Manila’s runway 24 when a bird impacted the aircraft at the left hand flaps. The aircraft continued for a safe landing.
The airline reported that the aircraft flew through a flock of bird on final approach to Manila. Following landing it was discovered the bird had impacted and penetrated a wing resulting in a small hole. The aircraft was unable to depart for the return flight, flight CI-702 had to be cancelled as result.
The Aviation Herald