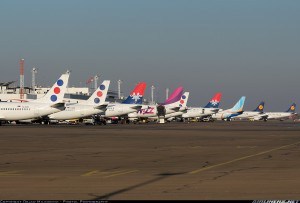 The Serbian government will resume plans to privatise its busiest airport at the end of this year or in early 2016. The Minister for Construction, Transport and Infrastructure, Zorana Mihajlović, said yesterday that the country will hire a consultancy firm to advise and suggest the best privatisation model. “It must be an internationally acclaimed consultant with vast experience in this field”, Ms Mihajlović said, adding that the state’s share in the airport will be offered to foreign investors through an international tender. The Serbian government has previously failed to meet several key deadlines it set relating to the airport’s future. Five months have passed since it planned to create a state-run operator to manage up to 25 of the country’s airports. The Serbian government holds a 83.2% stake in the airport, which has 1.806 employees.
The French Ambassador to Serbia, Christine Moro, said on Monday that a French company is extremely interested in taking part in Belgrade Airport’s privatisation process. The French concession and construction company Vinci has previously shown interest in vying for a concession of Belgrade Nikola Tesla Airport. In November last year, Vinci signed a Memorandum of Understanding (MoU) with Belgrade Airport for the development of joint projects. The MoU was also co-signed by French Prime Minister Manuel Valls and his Serbian counterpart Aleksandar Vučić. Vinci Airports Chairman, Nicolas Notebaert, has said, “Vinci Airports have an ambition to cooperate on the development of Belgrade Airport and other Serbian airports. We are interested in long-term partnerships”. Last year, Vinci lost out in a bid to acquire a majority stake in Ljubljana Jože Pučnik Airport.
In the summer of 2014, two companies from the United Arab Emirates, one of which is Arabtec Holding, the Persian Gulf’s largest construction company, expressed interest in taking part in a potential concession of Belgrade Airport. However, it is believed that awarding control of the country’s main airport to a company from the Middle East, in addition to Etihad Airways’ part-ownership of Serbia’s national carrier, would not be looked upon kindly by the European Union, which Serbia is aspiring to join. Several parties have previously expressed their interest in taking part in the concession. Among them were the Greek based Copelouzos Group and the European Bank for Reconstruction and Development (EBRD). Documents signed between the Serbian government and Etihad Airways, for the latter’s minority takeover of Air Serbia, show that the Serbian national carrier is to be given a dedicated terminal at its hub.
EX-YU Aviation News