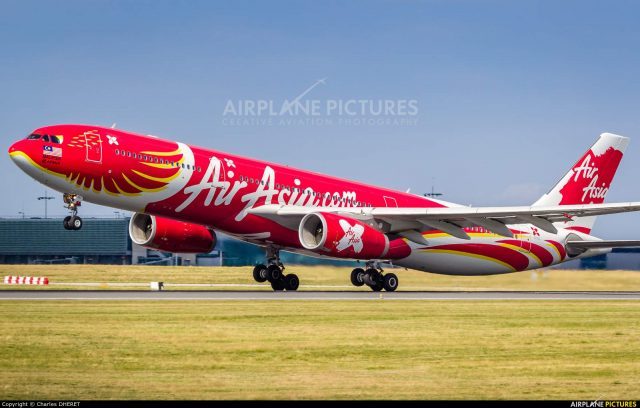 The long-haul arm of Malaysia budget carrier AirAsia Bhd said is targeting next year for the start of flights to the U.S. and is considering near-term plane additions to speed up the resumption of European flights.
AirAsia X, as the unit is called, plans to begin flying to Hawaii in the first half of next year, an airline spokesman said. The airline had targeted an earlier start date to link Kuala Lumpur with Honolulu, via a refueling stop in Osaka, Japan, but had to push back the start date as it awaits approval from the U.S. Federal Aviation Administration.
The Kuala Lumpur-based airline is among a new breed of budget long-haul carriers that are trying to steal traffic by offering lower ticket prices while charging for perks that often are free on other airlines, such as food. It largely has focused on flights to Asian destinations. Other budget long-haul carriers, such as Norwegian Air Shuttle ASA, have applied that business model on trans-Atlantic routes.
AirAsia X also said it plans to fly its new Airbus Group SE A330neo planes to Europe once it starts taking delivery of the jetliners in 2018. Airbus is still developing the A330neo, an upgraded model of the A330 with more-efficient engines made by Rolls-Royce Holdings PLC.
But those plans may be accelerated. The AirAsia X spokesman said the company “is exploring the idea of finding other aircraft to commence Europe routes earlier.” A decision on whether to proceed with the plan hasn’t been made, the airline said.
AirAsia X abandoned flights between the Malaysian capital and London and Paris in 2012 because of soaring fuel prices. At the time, it operated gas-guzzling four-engine Airbus A340 long-haul planes.
Industry officials said AirAsia X may try to rent Boeing Co. 777 long-haul planes to jump-start European service. Several airlines, including AirAsia X’s local rival, Malaysia Airlines Bhd., have phased out older 777 planes, leaving lessors looking for new operators.
AirAsia X operates a fleet of 30 Airbus A330-300 planes and is the largest customer for the A330neo, with orders for 66 of the twin-engine planes.
AirAsia X embarked on a restructuring program last year that included an equity rights issue and reshuffling of management. The airline last month reported that it swung to a 11.03 million ringgit ($2.5 million) profit for the third quarter ended in September from a MYR288.19 million loss the year before.
The Wall Street Journal