MONTREAL, Feb. 1, 2016 /CNW/ – Air Transat pilots, speaking clearly, loudly, and with a unified voice, overwhelmingly authorized a legal strike pursuant to Canada Labour Law on Monday.
96 percent of the 524 eligible pilots, represented by the Air Line Pilots Association, International (ALPA) took part in the ballot, with 97 percent voting in support of a withdrawal of services, if required. “These results serve as a notice to the Company that our pilots are united and stand firm behind our goal of achieving a fair and equitable contract,” said Capt. Patrice Roy, chairman of Air Transat’s ALPA Master Executive Council. The authorization comes after a year of negotiations for a new pilot contract and follows the expiration of the current collective agreement on April 30, 2015.
Last year, discussions with Air Transat management led the Association to determine that the pilot group’s concerns were not being taken seriously. In December, distance between the parties on many of the demands led the pilots to seek intervention from Canada’s Minister of Labour, saying that management’s proposal would keep Air Transat’s pilots below the industry standard for the term of the agreement.
“Our pilots are seeking a contract that recognizes their contribution to the success of an airline that they have not only helped to build but also played a key role in ensuring its continuing longevity when the airline experienced financial difficulties a few years ago,” said Capt. Roy. He further cautions that a strike mandate does not necessarily constitute a decision but levels the balance of power at the bargaining table and protects Canada’s pilots under the law.
“It is with our help that Air Transat has remained profitable through the tough times the company faced,” said Capt. Roy, “It’s time for management to now invest in pilots the same way they’ve invested in other Air Transat employees and executives. This can easily be accomplished by bringing the company’s pilots to parity within the industry and at levels comparable to our direct competitors.”
Once the Minister of Labour received the pilots’ official request for conciliation, a conciliation officer was appointed, and a 60-day conciliation period commenced. The February 7, 2016, deadline for an agreement is fast approaching, and the pilots have seen little progress.
“We want to negotiate,” Capt. Roy continued. “We’re 100 percent ready to do everything the law allows to bring parity for our roles within the industry. A strike is never the ideal path to reaching agreement, but our pilots have demonstrated that they realize it may be necessary.”
The conciliation period ends on February 7, 2016, and cannot be extended without the consent of both ALPA and Air Transat A.T. Once conciliation ends, a 21-day cooling-off period begins, at which point both parties will gain the right to strike or lockout. “By taking this action, Air Transat pilots are signaling that their management must stop stalling and finalize a contract that addresses their legitimate needs,” said Capt. Roy.
Pilots at Air Transat joined ALPA in 1999. The group’s 520 members operate the fleet’s A310-300s and A330-200s and -300s, plus B-737-700s and -800s from bases in Montreal, P.Q.; Toronto, Ont.; and Vancouver, B.C.
Founded in 1931, ALPA is the largest airline pilot union in the world and represents over 52,000 pilots at 30 U.S. and Canadian airlines, including more than 2,600 Canadian flightcrew members who fly for Air Transat, Bearskin, Calm Air, Canadian North, First Air, Jazz Aviation, Kelowna Flightcraft, and Wasaya.
SOURCE Air Line Pilots Association, Intl.
CNW 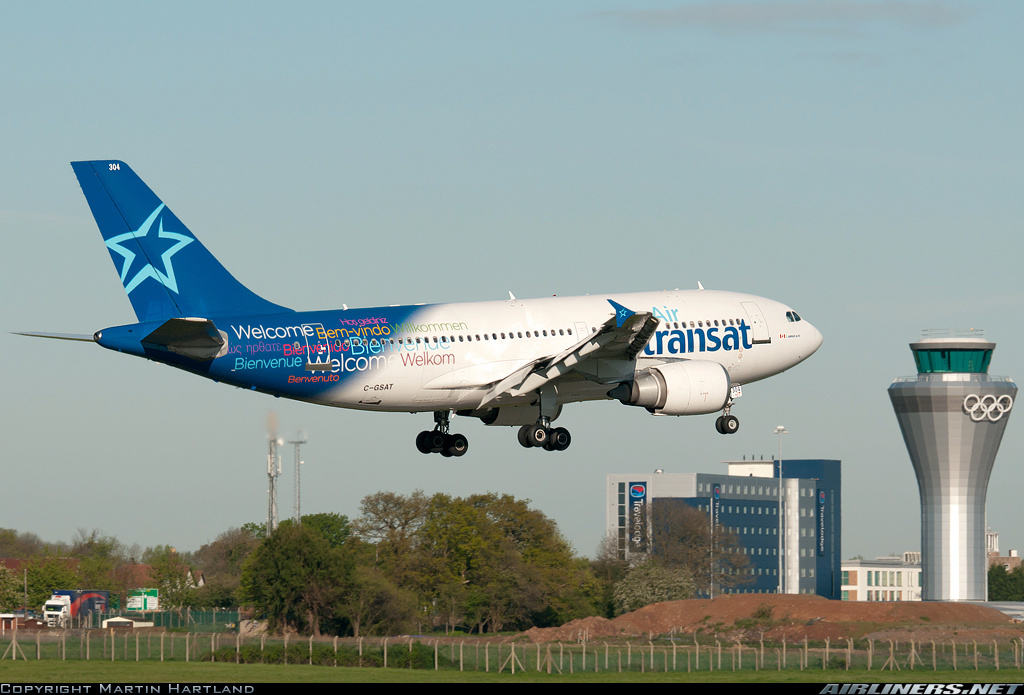 MONTREAL – Air Transat’s pilots have voted almost unaniously to support a strike that would hit the vacation airline just before the busy March Break travelling season, if the two sides can’t come to terms before then.
The Air Line Pilots Association says 97 per cent of its members at Transat have voted in favour of withdrawing services if required.
The pilot contract expired last April and negotiations are in a 60-day conciliation period that ends Feb. 7.
If there’s no agreement when conciliation ends, the clock starts on a 21-day cooling off period required by law.
That would put Air Transat on course for a strike or lockout at the end of February, if no deal is reached before then.
Air Transat is part of Montreal-based Transat A.T., which operates an integrated travel business that includes flights and vacation packages in North America, Europe and other areas.
CTV News