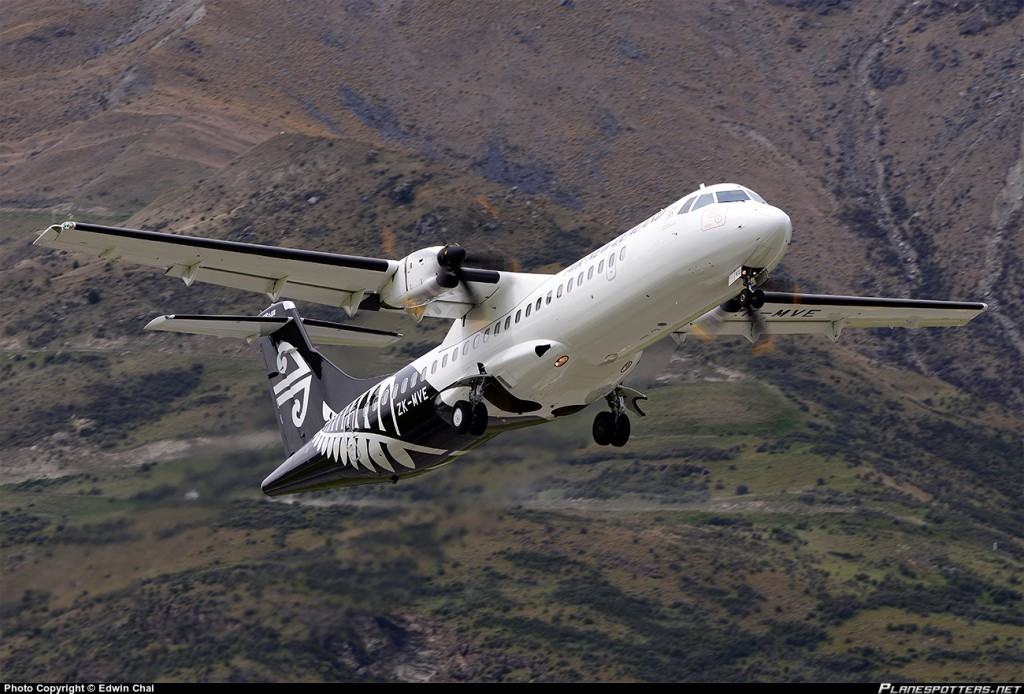 Auckland, 5 November 2015 – National flag carrier Air New Zealand and the European turboprop aircraft manufacturer ATR today signed a contract for the purchase of 15 additional ATR 72-600s. The deal is valued at some US$ 375 million. The airline, which ordered seven ATR 72-600s in 2011, had already exercised all of its five options as well as converted two purchase rights into firm orders. With the arrival of all the firm aircraft, Air New Zealand will operate, by 2020, a total of 29 ATR 72-600s, the third largest fleet of ATR aircraft worldwide.
Air New Zealand’s ATR ‘-600’ fleet will progressively replace the ATR ‘-500s’, while strengthening the airline’s network and services across the country.
The 15 firm new ATR ‘-600s’ inked today are configured with 68 seats and feature the latest standards of passenger comfort, namely the larger overhead bins and the comfortable and lightweight seats of the new ATR ‘Armonia’ cabin. The ATR ‘-600s’ have been succeeding for years in the Asia-Pacific region, where they have become the reference in terms of eco-efficiency and operational flexibility.
Christopher Luxon, Air New Zealand’s Chief Executive Officer, declared: “We have been successfully operating ATR aircraft for more than 20 years, and we are pleased to further expand our partnership by introducing additional new generation ATRs to our fleet. We have operated ATR ‘-600s’ since 2012 and we are very satisfied with the aircraft, both in terms of the customer experience and operational efficiency, which contributed to achieve our sustainability targets. The new ATR ‘-600s’ also ensure we continue to deliver a world class experience to our regional customers”
Patrick de Castelbajac, ATR’s Chief Executive Officer underlined “the long and fruitful partnership we have built up with Air New Zealand for many years, as well as the importance for ATR to be associated to such a prestigious brand in the Pacific region. The ATR aircraft, and particularly the new ‘-600s’, optimally fit the requirements of the airline in terms of low operating costs, passenger appeal and flexibility. We will be pleased to further build up our partnership for many years.”
ATR

Air New Zealand will buy 15 new aircraft for its regional routes in a deal worth close to $600 million.
The national carrier will buy the ATR72-600 aircraft to replace 11 of its ATR72-500 fleet while the four extra planes, each able to carry 68 passengers, will allow domestic growth.
The list price for the new aircraft is $US375m ($NZ569m).
Chief executive Christopher Luxon said the extra four aircraft will provide an additional 600,000 seats each year into the New Zealand regional market.
In 2012 it said it would buy 14 ATR72-600 aircraft, and seven have been delivered with the last planes due to join the fleet by mid-2016.
The new 15 planes will begin arriving from late next year.
Its 29 ATR aircraft will mean it will operate the third largest ATR fleet in the world.
Yahoo New Zealand