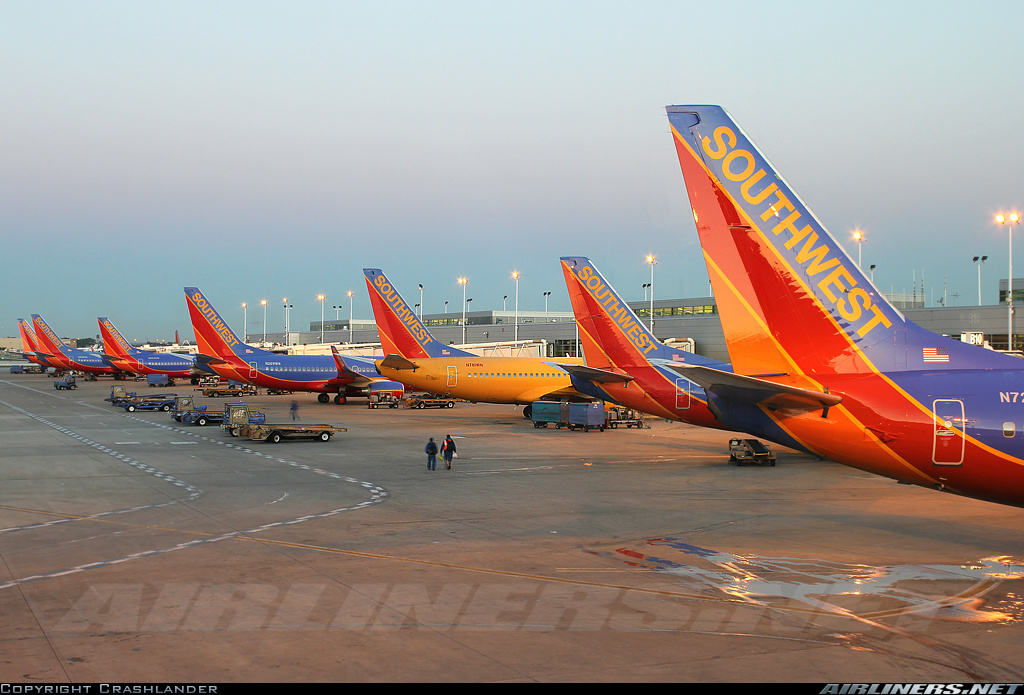 CHICAGO (WLS) — On a clear summer evening, a Southwest Airline flight from Houston was on final approach to Chicago Midway. The cockpit crew tried to get clearance to land but there was radio silence from air traffic controllers in the Midway tower, and the plane full of passengers had to be diverted.
Nearly four months later federal investigators, the airline and the controllers’ union have also gone silent about the mystery in the Midway tower.
Just after midnight on June 4, 2016, the pilot for Southwest Airlines flight 1045 was unable to get anyone from the airport tower to respond. So a controller from the Federal Aviation Administration’s regional center in Elgin stepped in. The airliner and other flights were put in a holding pattern as more attempts were made to reach the tower.
The ABC7 I-Team obtained those recordings through a Freedom of Information Act request.
Regional controller: Southwest 1045 did you try them on guard at all?
Pilot: We tried them on guard, we got dispatch and company all trying to call them on the landline.
Regional controller: Yeah we are trying to get ahold of them too, they are trying to get the city out there now I think maybe even the cops. I’m not really sure.
The decision was made to send the 737 to Milwaukee’s Mitchell Airport.
Milwaukee controller: You got a Southwest 1045 coming my way cuz he can’t get into Midway?
Pilot: No, we can’t get ahold of Midway.
Milwaukee controller: Oh! (laughs) Oh ok, I understand now.
The FAA told the I-Team it is still investigating the incident. Southwest Airlines, in an emailed statement, confirmed the flight from Houston to Chicago was diverted to Midway adding, “We do not have additional information to share on this event.”
The union that represents air traffic controllers would only say, “We defer to the FAA for any comment while the investigation is ongoing.”
“Something was happening in that control, uh, control tower, whether someone was asleep, whether someone was inattentive for a moment but a plane diverted here and that’s, that needs explanation. I’m curious why people have not been more forthcoming,” said Joel Schwieterman, Ph.D., an airline analyst for DePaul University.
It has been a turbulent time for air traffic controllers over the past several years, with a study raising safety concerns that some controllers may not be getting enough sleep and then a government watchdog reporting the nation’s busiest airports, including Chicago’s, are suffering from staffing shortages.
“All of the FAA facility folks I talk to will complain about lack of staffing and lack of a pipeline for new trainees,” said Bill Parrot, professor of aviation at Lewis University.
A few weeks ago the FAA announced the hiring of 1,400 new controllers including those from certified programs such as the one at Lewis University in suburban Romeoville.
But on June 4 – whether it was a staff shortage, sleeping on the job, or some technical glitch – the root of that radio silence remains a mystery.
Pilot: Interesting bizarre occurrence, never had this happen before.
Regional controller: It really is bizarre ‘cuz there was a bunch of guys that just went in there.
Pilot: Yeah, it’s weird, someone must’ve gotten locked out?
As the plane landed in Milwaukee, the Midway control tower eventually responded. The plane returned to Chicago in the middle of the night.
No one was hurt, the aircraft wasn’t in any jeopardy and backup systems did kick in, but control of the nation’s air traffic system relies on communication and for Southwest flight 1045 that night, it was broken.
ABC 7 Chicago