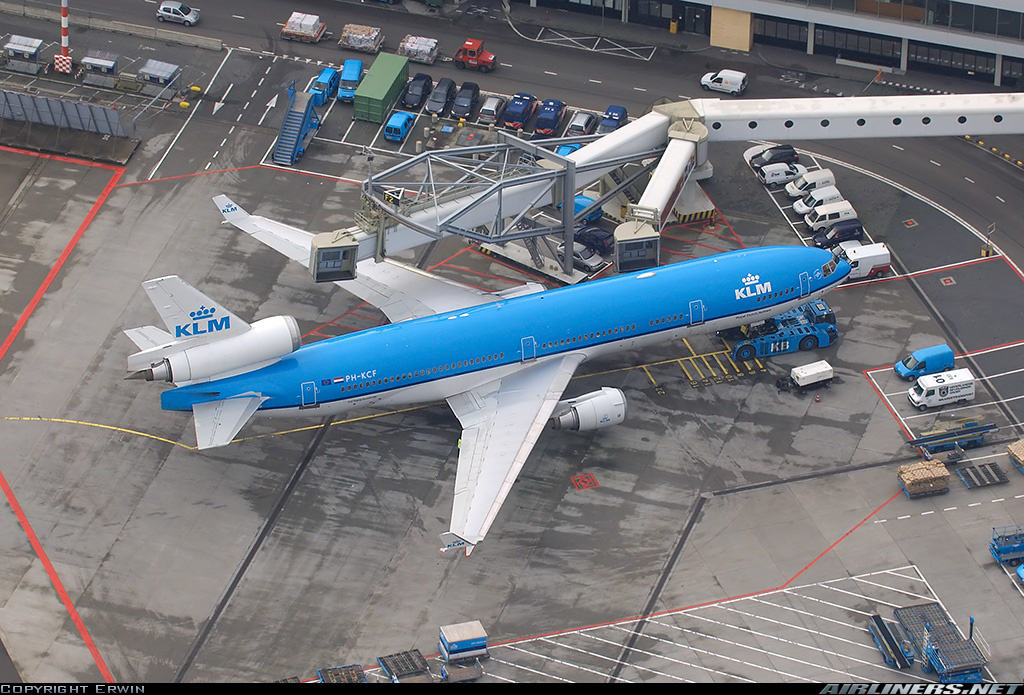 On January 10, 1990 the first McDonnell Douglas MD-11 took off to the skies. Praised by enthusiasts and passengers, crews had mixed feelings about the trijet and operators somewhat despised it. From the beginning, the aircraft failed to deliver on its fuel burn and range promises. A PIP (product improvement package) was introduced but by that point the dye was cast. Airlines like Singapore quickly cancelled their orders and orders slowed markedly. The MD-11 is an aircraft that came late to an era in which Extended Operations (ETOPS) equipped twin-engined aircraft such as the Boeing 767 and shortly thereafter the Airbus A330, andthe Boeing 777, were taking over routes that were once the domain of the trijets like the DC-10 or L1011 Tristar, and of course, the Boeing 747.
Between 1990 and 2001 only 200 MD-11s were built. Of these, 138 were passenger aircraft. Iniitial studies by McDonnell Douglas (MDD) forecast a production run of over 300 aircraft just to break even. MD-11 major operators such as American Airlines, Delta, Swissair and Japan Airlines operated these aircraft for less than a decade before being retired. However, given its exceptional cargo capacity, most of these airliners found a new life in the air cargo industry serving as freighters. Currently, FedEx, UPS and Centurion Cargo are some of the most relevant operators of the type in the US.
As the 2000s passed by, the MD-11 passenger operator list began to dwindle as Finnair and Martinair began to phase out this iconic trijet. The last regular passenger operator was KLM, which retired the type on October 26th, 2014 from scheduled service, and bid its final farewell in November, with a series of special flights that marked the end of the trijet era.
Airways News