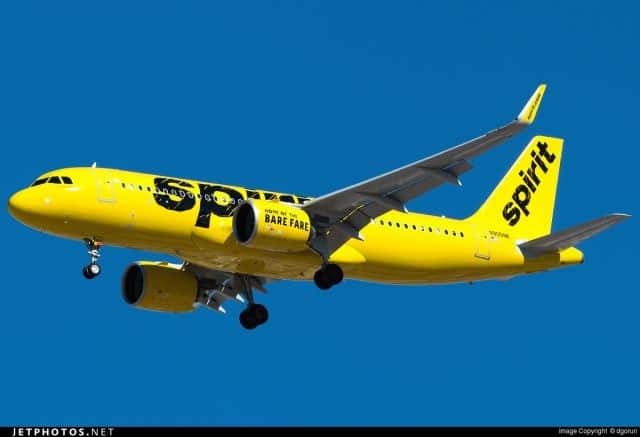 Spirit Airlines reported its fourth quarter and full year results showing a fall in net income for both periods.
For the fourth quarter to end December 2016, Spirit reported a 34.8 percent drop in net profit to USD$48.5 million over the same period in 2015.
Operating revenue for the quarter was $578.4 million, a rise of 11.3 percent, while expenses came in at $493 million, a 23.4 percent increase. Spirit said the increase in operating expenses was primarily driven by an increase in flight volume.
Aircraft fuel expenses were up 20.3 percent, due to a 14 percent increase in fuel consumed.
In RPM (revenue passenger miles) terms, revenue was up 13.4 percent on an ASM (available seat miles) capacity increase of 15.4 percent. The resulting load factor dropped 1.5 percentage points to 81.4 percent. Costs per available seat mile were up 7 percent.
Spirit took delivery of five Airbus A320neo and one A321ceo aircraft during the fourth quarter.
For the full year, Spirit’s net income was $264.9 million, a 15 percent drop on 2015’s total.
Revenue was $2.32 billion, up 8.4 percent from 2015’s $2.14 billion, while operating expenses rose 15.1 percent to $1.88 billion.
Airwise