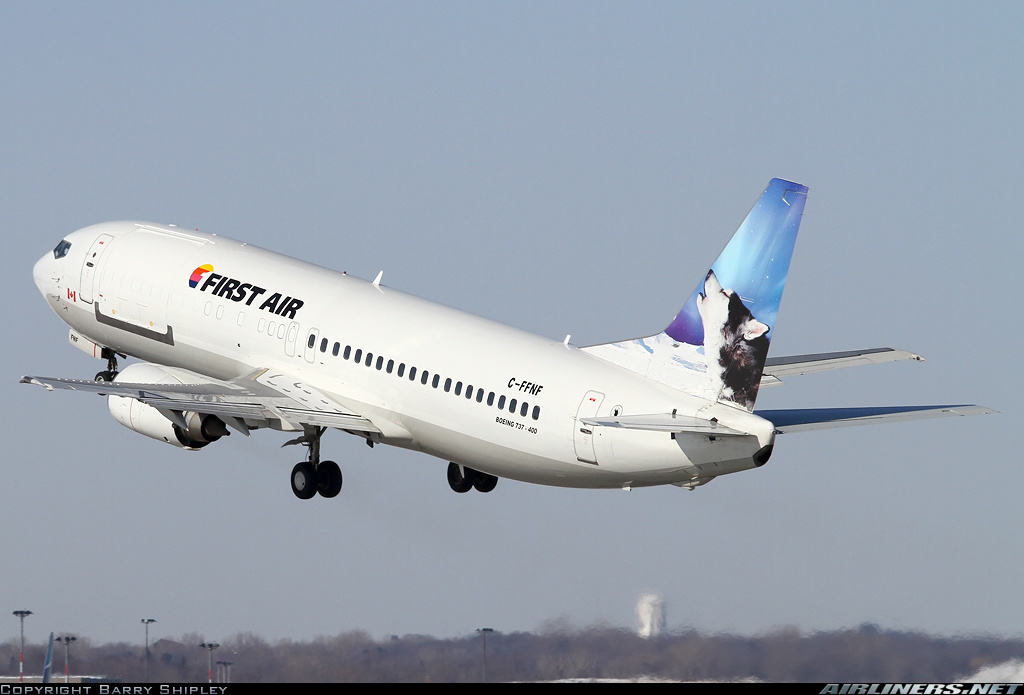 A First Air Boeing 737-400, registration C-FFNF performing flight 7F-866 from Montreal,QC to Kuujjuaq,QC (Canada) with 69 people on board, was climbing out of Montreal when a strong odour developed in cabin and cockpit causing nausea and headaches to some passengers. The crew stopped the climb at 10,000 feet and returned to Montreal for a safe overweight landing about 15 minutes after departure.
The Canadian TSB reported that a snow mobile in the cargo bay had leaked fluid, which was identified as source of the strong odour. The spill was cleaned, the snow mobile off loaded and the aircraft returned to service.
The aircraft departed again after about 6 hours on the ground and reached Kuujjuaq with a delay of 6:45 hours.
The Aviation Herald